October 10, 2019 | by the Office of Marketing and Communications 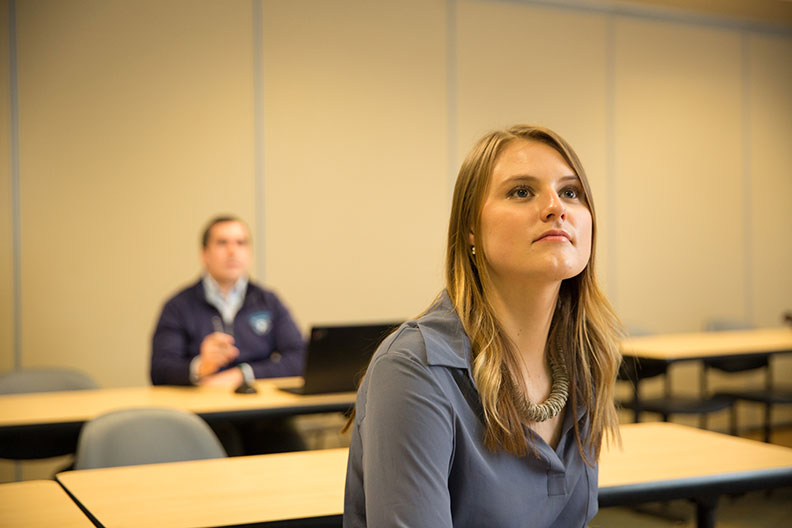 When it opens next year in Joliet, the Illinois Rock & Roll Museum on Route 66 will have exhibits on Chicago’s Chess Records and the legendary Maxwell Street blues scene, among other attractions.

Thanks to a group of market research students at Elmhurst College, it will also have an excellent idea of who might be coming to visit.

The Elmhurst graduate students conducted a four-month study in the spring, gathering information on people in Chicagoland and beyond to define a target market for the new museum’s offerings.

To jump right to the ending: The collaboration rocked. The students and their professors, Sherry Smoak and Soni Simpson, were honored during a ceremony Oct. 11 in Joliet.

“They really enlightened us on the public,” said Ron Romero, the rock museum’s founder and chairman of the board. “There were quite a few aspects they were able to identify and really set us straight on.”

The class came away from the project with an invaluable real-world experience. “My biggest takeaway from this project is the lifelong friends I made throughout this journey,” said Anna Schaefer MBA ’19, a member of the student research team. “It was a really great experience to be able to join Ron in the design phase of the museum because we were able to be very creative and explore multiple ideas.”

The Illinois Rock & Roll Museum on Route 66, envisioned as a shrine to Illinois music stars from all genres, is Romero’s brainchild. It began as an exhibit he wanted to display in a local museum, but he was quickly advised that he had the makings for a museum of his own. As Romero worked to make that suggestion a reality, he wanted to know more about his potential audience.

He found an ideal partner in the College’s D.K. Hardin Center for Market Research, where Smoak was searching for clients to partner with on her students’ spring practicum course. (Elmhurst adjunct professor Bernard Deir sits on the museum’s board and helped connect Romero with the Hardin Center.)

The project kicked off in February of 2019 with six business students who had chosen the marketing research specialization as part of their Elmhurst MBA studies. Romero met with them and laid out his request: He wanted concrete data on the museum’s target market to guide his marketing efforts.

The students, already excited to be working on a project of this caliber, took the lead and dove into the research. At the same time, Smoak and Simpson “were in the trenches with us as we were tweaking our survey questions and sifting through copious amounts of data,” said Brian Pollastrini MBA ’19. “It was really nice to have them there on the ground with us, helping us along the way.” 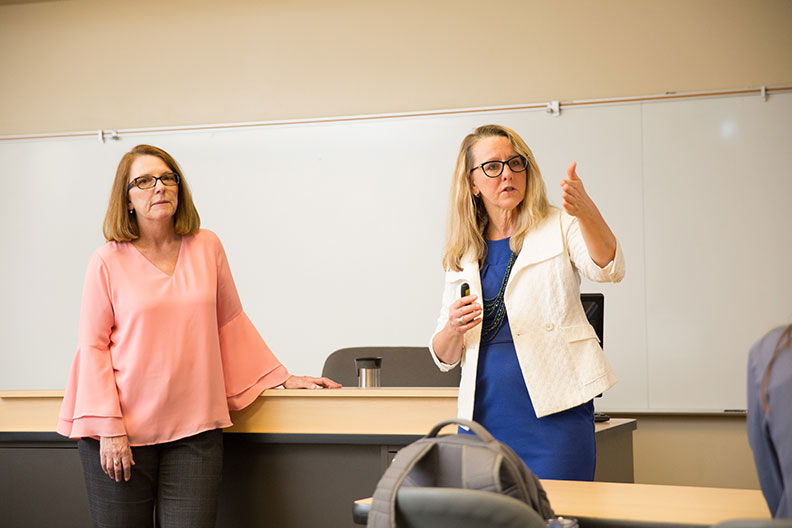 Pollastrini and his classmates compiled demographics and conducted surveys and panels with potential visitors. They studied how people felt about entertainment, how much they were willing to pay for it and how far they were willing to travel. Romero recalled how some of the students traveled to Joliet to tour the local scene and take note of the competitive landscape. “Some would call with ideas that weren’t necessarily related to the study but were great ideas,” he said.

The project culminated in a final presentation. The students discussed their findings and made recommendations to Romero and his team.

“We spent 16 weeks working on this project, and it was fun to see the presentation grow along with our knowledge on the subject,” Pollastrini said.

It was the same kind of hands-on work that professional market researchers do for their business customers. “[The students] can put it on their resumes,” Smoak said. “When they’re interviewing for jobs, they can speak to it. They have so much ownership over the project that they feel a real sense of pride.”

Romero now has a comprehensive set of insights that he and his team are using to build an audience.

Meanwhile, the rock museum continues to set up shop in a newly purchased building on West Cass Street in Joliet—right along historic Route 66.

The plan is to open the first floor to the public sometime next year, and the entire building—with three floors and roughly 15,000 square feet of space for exhibits, performances and educational events—in 2021. 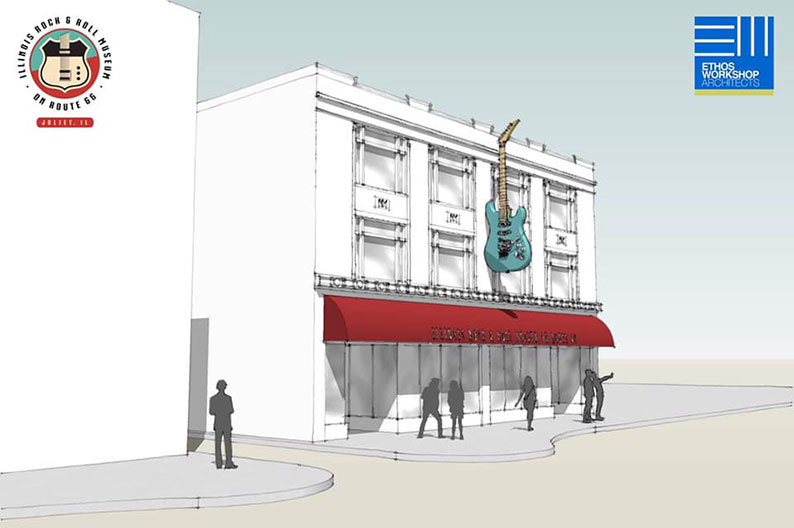 A rendering of the Illinois Rock & Roll Museum on Route 66 in Joliet. (Image courtesy of the museum.)

“We have high regard for the teachers, for the students, for the program there,” Romero said. “I think it’s of great value to a business to have those types of services and information at their disposal, so I would definitely highly recommend reaching out to [Elmhurst College] for help.”

Smoak sees bottom-line value for organizations that partner with Elmhurst. (Past clients include the Brookfield Zoo and Morton Arboretum.) With so much data available to nonprofits and small businesses these days, it still takes real people to interpret the numbers and come away with actionable input, she said.

“It’s a win-win for the business and the students,” Smoak said. “It’s helpful for the company because they’re getting a lot of great information [at no cost], and they can feel good about the fact that the students are learning in the process.”

Said Simpson: “I’m really proud of the students’ commitment to this project, their deep analytics and their high level of professionalism.”