Classic Car is a Driver of Fond Elmhurst Memories 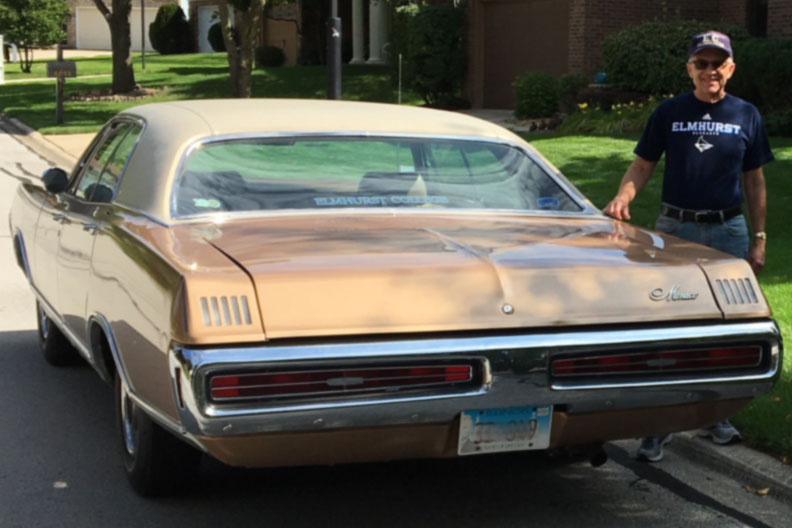 Keith Reed ’74 drove this Dodge to Elmhurst University every day for classes. He has kept it maintained for nearly 50 years. 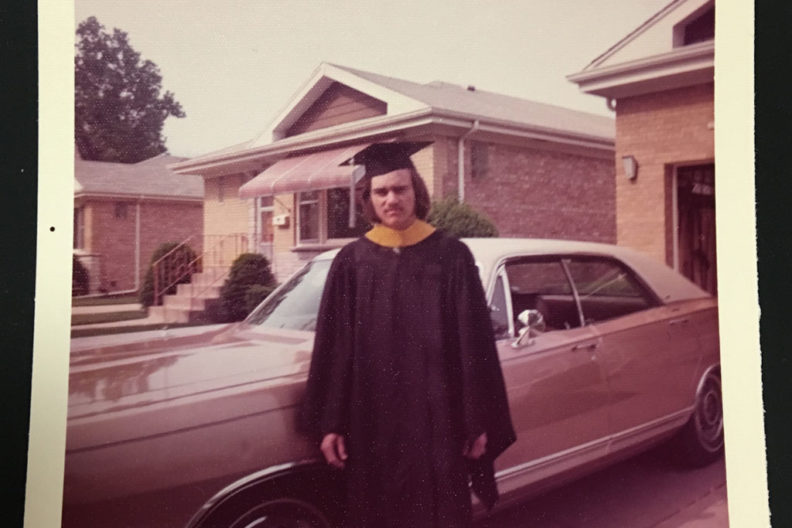 A 1970 Dodge Monaco has held a special place in the life of Keith Reed ’74 for its association with his dad and with Elmhurst University.

Reed’s dad, Warren, purchased the Dodge during the winter of Keith’s senior year in high school: light bronze metallic with a champagne vinyl top, a V8 engine and a smart black pinstripe on either side. Sadly, Warren Reed was fighting pancreatic cancer and he passed away before he could see his son graduate.

Since Keith’s mom didn’t drive, the family agreed he could use the new car to commute to Elmhurst from his home in Franklin Park. “That was as long as I took my mom to the grocery store once or twice a week,” he recalled. “I studied in the car while she shopped.”

Reed was meticulous about caring for the car and worried that it would get dinged. He parked in the most remote section of the lot behind Hammerschmidt Chapel, aiming for the protection of a light pole on one side. Reed’s friend Norm helped out by parking his Volkswagen Beetle one spot over from the pole. “His car protected me on one side and the pole protected me on the other,” Reed said.

Norm left Elmhurst after freshman year, and the Dodge remained unscathed for the rest of Reed’s Elmhurst career. That is, until the last day of classes senior year when he noticed a ding on the driver’s side front fender, possibly from a bike handlebar.

Car concerns aside, Reed says he hit his stride at Elmhurst. Required liberal arts courses in philosophy, religion and social problems were eye-opening and humbling. “You learn that the world is so much bigger—that keeps you in your place,” he said.

Reed found his calling when he took an accounting course. “I liked the precision of accounting,” he said. He graduated in 1974 with degrees in business administration and math. When the University added an accounting major in 1975, he took two additional courses to earn a third B.S. degree.

After graduation, Reed went to work for Chicago Bridge and Iron Co. in Oak Brook, where he rose to corporate controller. He held the same position at Tellabs, retiring in 2016.

As for the Dodge, Reed drove it to the job in Oak Brook and, true to form, parked “way out in the lot.” He garaged the car in 1978 at his mother’s place, taking it for a spin when he visited her.

In 1991 Reed built a home in Lisle with a three-car garage that could accommodate the Dodge. Now that he and his wife are thinking of downsizing, he struggles with what to do with the family heirloom that still has its original equipment. “It’s not about how much money I can get,” he said. “I just want to find the right home for it.”

CONNECT WITH US
Read the Alumni Magazine