Only six years out of college, Kaiser Aslam ’12 is breaking ground as a full-time Muslim chaplain at a public university. Aslam serves 5,000 Muslim students, about 13 percent of the undergraduate student body, at New Brunswick, N.J.-based Rutgers University.

From his base at the Center for Islamic Life at Rutgers University, he counsels Muslim and non-Muslim students. He also helps campus faculty, staff and administrators understand Islam and the Muslim community and works with them to defuse incidents of Islamophobia when they occur. “It’s a role that brings together spirituality and mental health,” Aslam said.

Since 9/11, colleges and universities have added staff to help blunt misconceptions about Muslims, said Elmhurst chaplain H. Scott Matheney. “Having someone as part of the community helps change the community,” he said. 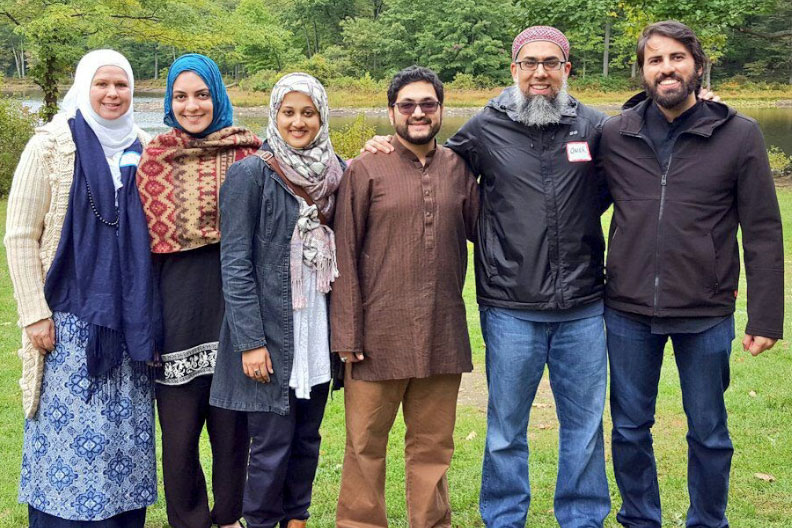 Aslam with fellow Muslim chaplains at a retreat 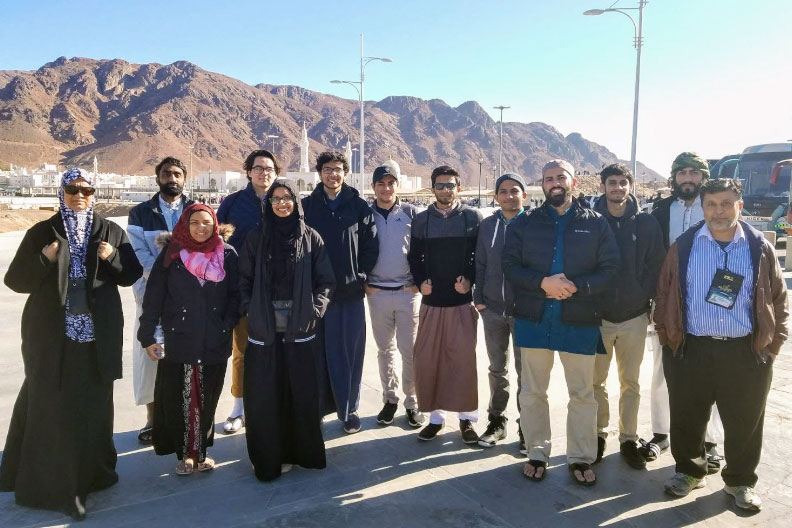 Leading students on a trip to Mecca, Saudi Arabia 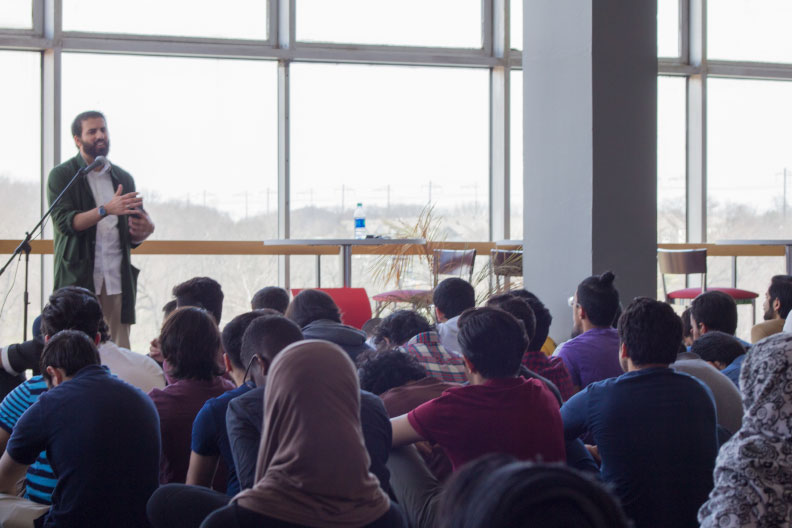 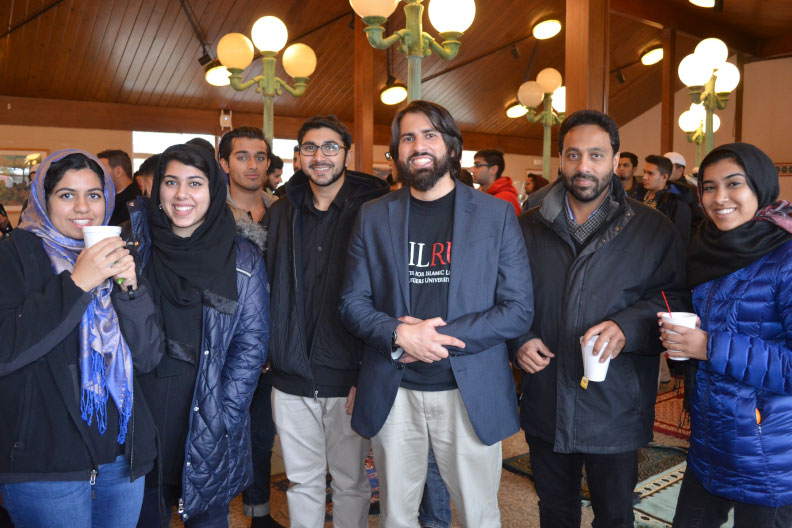 With Rutgers students after Friday prayer

Aslam’s family emigrated from Saudi Arabia when he was 7, and he was raised in Villa Park. At Elmhurst he majored in biology with an eye to becoming a doctor. But he became involved with the Muslim community “and that part of my identity spoke more to me,” Aslam said. During his senior year he served as president of the Muslim Student Association and also worked as national coordinator for Young Muslims, the largest Muslim youth group in the country.

Elmhurst enabled me to maintain my activism while pursuing my education.

Aslam took the entrance exams for medical school but, by then, he knew he wouldn’t be a doctor. “My family saw it coming—there was some hesitation because I was giving up a stable career path for one that needs to be developed,” he said.

Aslam, who went on to earn master’s degrees in Islamic studies and Islamic chaplaincy, lives in Somerset, N.J., with his wife and 2-year-old daughter.