April 7, 2020 | by the Office of Marketing and Communications 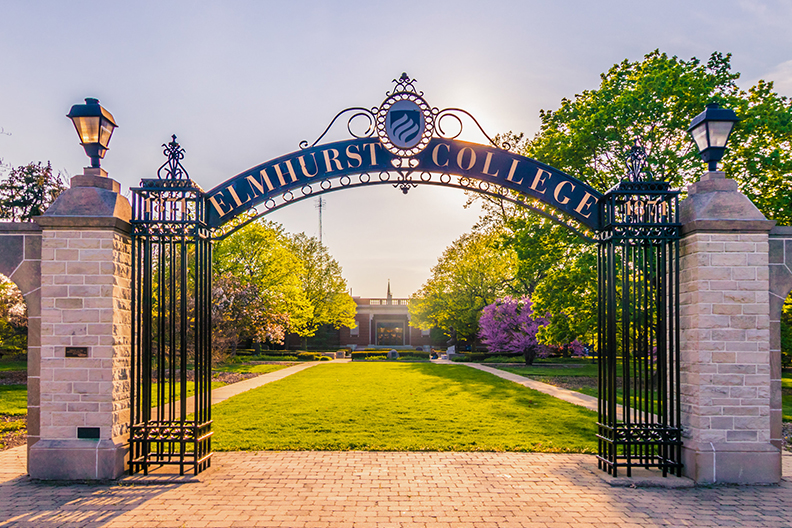 Three of Elmhurst College’s graduate programs in health care rank among the best in the state of Illinois and the nation, according to U.S. News & World Report’s prestigious Best Graduate Schools list.

The 2021 rankings, released this March, recognized the College’s programs in nursing, occupational therapy, and communication sciences and disorders.

This is the first time Elmhurst’s graduate programs have been nationally ranked, though the College regularly appears on U.S. News’ list of top institutions. All three Elmhurst programs on the list ranked in the top eight in Illinois.

At No. 159 on the national list, Elmhurst’s graduate program in nursing ranks at No. 6 in Illinois, behind much larger research-based institutions such as the University of Illinois at Chicago and Rush University. Elmhurst offers a master of science in nursing and a master’s entry in nursing practice.

“Receiving this ranking is a validation of our faculty’s efforts to provide an academically sound, high-quality program,” said Diane Salvador, executive director of Elmhurst’s department of nursing and health sciences. “They work very hard to design and deliver a curriculum that is relevant and prepares students to enter into advanced nursing roles.”

The nursing rankings are based on a combination of factors, including acceptance rate, faculty credentials and peer assessment.

The master’s program in communication sciences and disorders ranks at No. 146 nationally on U.S. News’ list of best schools for speech-language pathology. Elmhurst’s program ranks higher than most comparably sized programs in Illinois, tying for eighth place in the state following large research institutions such as Northwestern University and Rush University Medical Center.

“The rankings look at all programs, regardless of size,” said Ruiying Ding, director of the College’s graduate program in CSD. “We’ve kept our program deliberately small to maintain a more intimate learning experience, so we’re pretty proud that we ranked as high as we did.”

Launched in 2013, Elmhurst’s CSD graduate program is also relatively new compared with many of the other schools on the list.

“To have achieved this ranking in such a short period of time is outstanding,” said Brenda Gorman, department chair. “The program has developed an excellent reputation through our well-recognized academics and our outstanding faculty.”

The speech-language pathology rankings are based on the results of surveys conducted among graduate faculty and experts across the country.

The College’s occupational therapy program, which launched three years ago, ranks at No. 157 nationally and No. 6 in Illinois.

“We’re a [relatively] new program, but already we’ve seen very positive outcomes for our students,” said Elizabeth Wanka, director of the master of occupational therapy program. “Every student who has walked through our door has graduated on time and gotten a job. That’s because our faculty build relationships with students and support them.”

The occupational therapy rankings are based on the results of surveys conducted among graduate faculty and experts across the country.