A Heady Year on the Jazz Band

Jaime Ruiz ’20 took up trumpet in fifth grade, but he became serious in high school.

“I played basketball but I didn’t have a chance in the NBA,” he recalled. As a senior, he visited the Elmhurst College Jazz Festival and was sold. “I saw how much students were involved in running the jazz festival,” he recalled. “It’s hands-on.”

Ruiz’s first year was something of a whirlwind. As a member of the Jazz Band, he was thrilled to play under famed trumpeter and band leader Doc Severinsen at two different concerts. 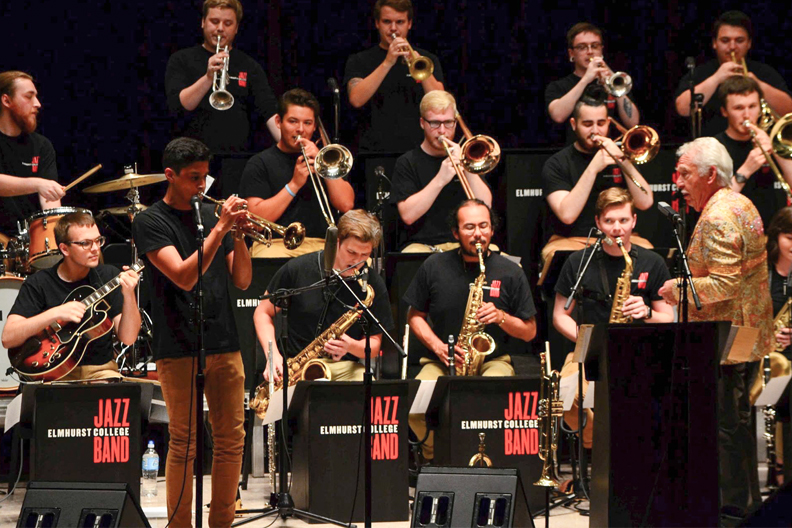 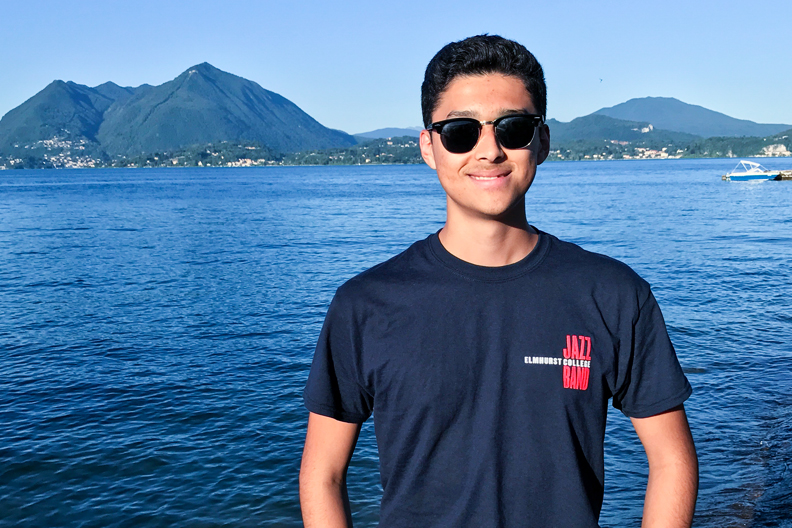 Ruiz in Italy during the band’s tour 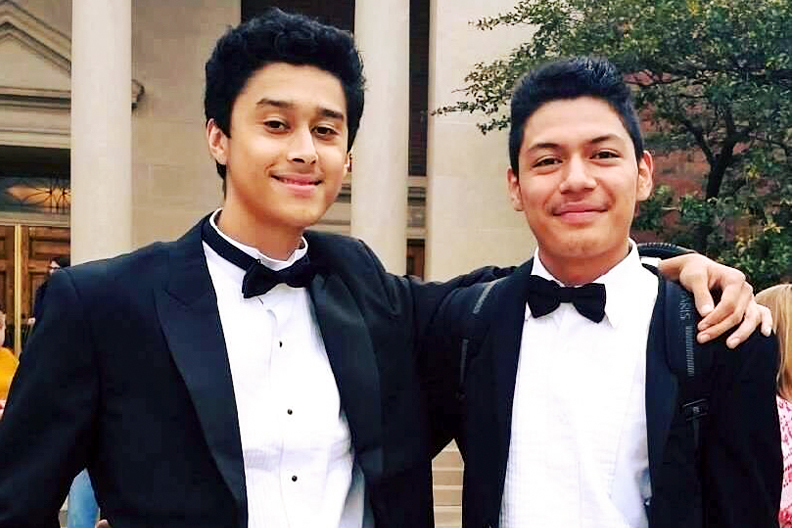 Ruiz with a friend

Also memorable was joining the band’s summer European tour, which this year included festivals in France and Switzerland. At the Umbria Jazz Festival in Perugia, Italy, the band took the stage with guest conductor and star composer Ryan Truesdell and jazz master Dee Dee Bridgewater.

“We got to talk with professional musicians and see how they work,” Ruiz said.

He also gained a new respect for rehearsing. “You have to focus and play every note like it’s a real concert,” he said. “You can’t mess up.”

College wasn’t always on his radar during high school, Ruiz recalled. Most of the students at his high school in suburban Carpentersville either landed a job or attended community college, he said. Ruiz’s high school band teacher encouraged him to aim high.

Ruiz said he wants to be a role model for his three younger siblings. “I want to show them that they can live their dreams, that they can work toward something bigger than what they might otherwise imagine.”