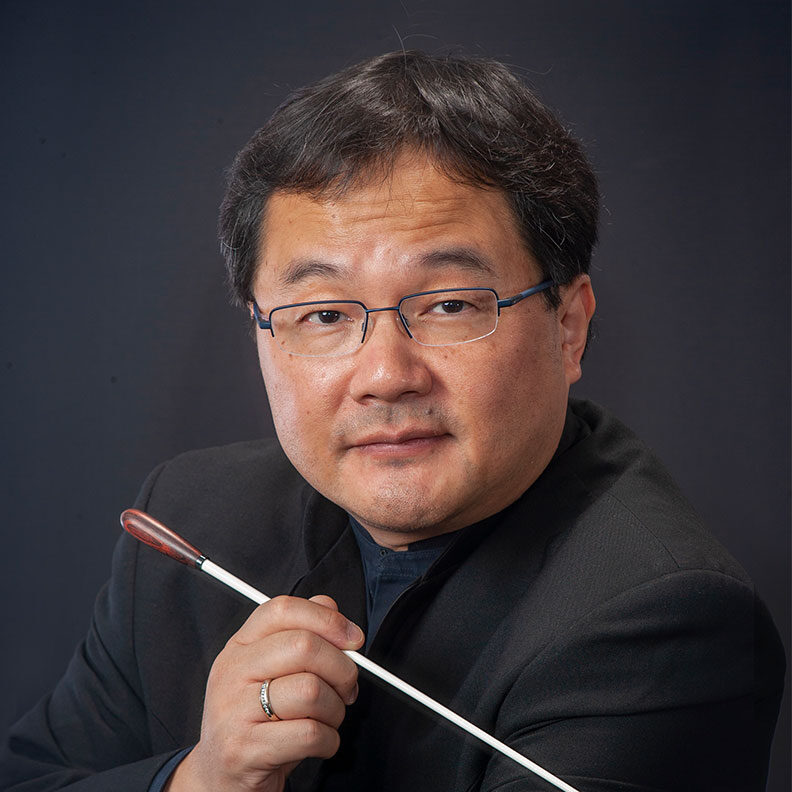 Matsunaga came to the U.S. in 1998 to pursue his violin studies with David Taylor, Joseph Golan and Robert Chen while attending Roosevelt University and Northeastern Illinois University, where he received his master’s degree in music.

From 1999-2001, Matsunaga was a regular member of the Civic Orchestra of Chicago, a training orchestra of the Chicago Symphony Orchestra. In March 2000, he performed at Carnegie Hall under the baton of Maestro Daniel Barenboim. While playing in the Civic Orchestra, Matsunaga has played with world-renowned conductors including Neeme Jarvi, Christoph Eschenbach, Osmo Vanska, Pierre Boulez and Pinchas Zukerman, to name just a few.

As a conductor, Matsunaga made his debut at Carnegie Hall in New York in 2018 with the Midwest Philharmonic Orchestra. He has conducted in Vienna, Salzburg, Detroit and at Orchestra Hall at Symphony Center in Chicago.

He lives with his oboist wife, Naomi, and three little children, Edward, Cecile and Felix.